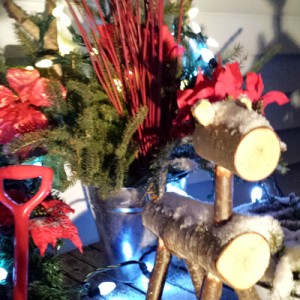 Okay. I saw tonight that a big-time blogger (Jen Hatmaker) was asking questions of her readers as it concerned her “yet-on-display” Christmas decorations still being up past the New Year- all on behalf of her “friend” who wanted to know. Which got me thinking about a few questions that my own dear “friend” would like to know. So here goes, (in no order of importance):

So I will just up and ask this one first: is it normal for children to fight with one another in the midst of praying bedtime prayers? My “friend” was just wondering…and here is what she said to me- for the record…

“I am not questioning that kids cannot have conflict. Goodness KNOWS I understand that concept. But can we not FOR THE LOVE just get along while we are PRAYING, PEOPLE!!!!!! Okay, so I’ll admit it- we have laughed at one another during prayers (see my status on Daughter calling her cousin by the wrong name), we have interrupted one another to “fix” statements that weren’t true, I have run out of the room on several occasions—and yes, we have broken out in fights with crying- just because. But seriously??? Must we fight ALL THE TIME??  I guess I will plead my case as one of insanity….”

Poor wench, bless her heart. What she really needs is a Valium. Would someone provide some insight for that wretched soul on how to pray properly?

Are there any experts out there?

Okay. So she was also wondering. In exactly how much poor taste would it be to leave your Christmas decorations up all year- never mind only until January? Because last year she did just that (Dickens village) and this year she is wondering if she might get away with it again?

And while we are on the topic of organization- she wondered this as well: exactly what is wrong with finding baby food (peas and yellow beans) in your cupboard even though your youngest baby is now almost eight. And who says twenty-year old tea bags from your honeymoon might not come in handy some day when company come over and you run out of the fresh stuff?

Look, these are HER questions- not mine. So don’t judge.

She is also wondering if buying twelve chocolate bars in one evening as supper for her family is really that great an evil. Not that even SHE would ever have done this. She is just defending the other poor wretches that might consider the possibility.  I think she has a friend of her own that was asking…

Anyways. All information you might proffer to help her answer these and other life-or-death dilemmas would be ever so helpful. For now, I will try to break it down to her: even though she thought she lost her cell phone yesterday and thought someone even might have stolen it so that she had to ask people to borrow their phones and then she ended up losing a child for a short period of time because of it- only to find the darned phone today safely in her purse twenty-four hours later- even though.  And notwithstanding this information: does this mean she is one step closer to losing every last marble she was ever gifted with at birth?  She is dying to know.

Here’s what I think: there still might be one or two left.