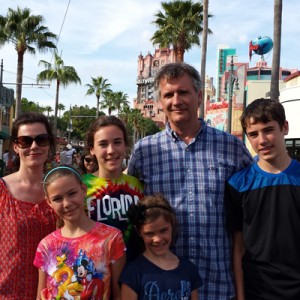 Last week, we were in Florida while the rest of the Maritimes dug themselves out from another ‘white-mare’. I am sure it seems to everyone who lives here that there will never be an end to all the snowy, blizzard-y winter weather we have been experiencing over that last two months. Long range- forecasts project that things could continue into April, if things follow along on this riotous path to who knows where. What to do? Well, what our family decided to do was go south- forget our worries, cares and concerns and head to the light. To heat and warmth and sun and parks. Yes, making our way to lots and lots and lots of parks. And of course finding some water along the way, too.

One cannot do without the water in Florida.

So you would think that when you head for a reprieve from reality, that reality would just stay put and not follow you. Funny how life works- unfortunately, this isn’t how it goes down. Reality, when one is vacationing, is just the same old thing it always was- dressed up in different clothes that somehow seem prettier. And to illustrate my point, I will provide a small story.

It was our very first day at Disney. I was a little (understatement) stressed, but mostly trying to remind myself that this was suppose to be fun- because I was on vacation. And vacations are fun (HAHA). So, after getting up early (5:30 a.m.), getting everyone up on schedule and out the door on time, getting there without getting killed in the process (crazy roads) and then manouvering through the parking system, ticket office and fast-pass station without too many hitches (I nearly negated all my own tickets, but that’s another story),… I finally told myself:

“Self, it’s time to relax and enjoy this day!”

So, I took out a pack of gum while standing in line for my first ride, passed it around to our crew of six eager patrons of Disney’s Magic Kingdom and then promptly stuck a stick of gum in my mouth, choosing to chomp on my right side first (as I had just started to heal from surgery on the left side and things were still tender there).

I know you all know what happened next. It was actually something I have nightmares about- that sound of metal on enamel. It is an entirely yucky sound and feeling- and to lose a tooth at the beginning of our stay was disappointing, to say the least. I just found out this afternoon, much to my dismay, that the tooth of which I write is absolutely irreparable.

I tell you all this to really tell you THIS factoid: So yesterday, while we were driving home (and while I was gingerly eating snacks, carefully checking each time with my tongue swiping around my mouth so as to ensure I hadn’t lost another tooth), I heard a news report about Angelina Jolie taking preventative measures to protect herself against cancer. In light of the fact that she has had a double mastectomy along with just undergoing surgery to remove her ovaries and fallopian tubes, I started to think about my own situation- the loss of my teeth. Incredibly minor in light of Jolie’s choice to do without. And I started to think about the fact that I am not carrying any longer a full set of pearlie-whites as not so much a disadvantage, something to grieve as a loss: but rather, something to see as a gift I was loaned for a short while, and thus something I can certainly live without now that the gift is taken from me.

Yes, this requires a tremendous amount of perspective! And a little bit of imagination to boot.

I have less teeth than I use to. Angelina Jolie has less parts than she use to. You might have less of something to, if you really admitted it. You see, I don’t just have fewer teeth than I use to: I also have less dark brown hair growing on my scalp (oh grey hair, you are not my fave), less elasticity in my skin, less vision and less flexibility in these ole’ muscles. I could go on…

But at this point in my life, with all the loss- I have certainly made some gains- for I have more clarity, more perspective, more perception and more insight than I ever did, even ten years ago. If losing a tooth is a trade-off for even one of those qualities, then I certainly have much to be thankful for.

So, while standing there in that line-up- while I did momentarily grieve the loss of that tooth (okay, I still lapse sometimes into a bit of sorrow), I have also realized that with this loss, I have gained moments I will forever cherish. Moments I would never get back again had I chosen to just sit there and grieve my loss. You see, the reality of this situation was: I was with my family, in a line-up (that would be the longest line-up of the day, but I digress….) at Disney and I was about to ride a roller-coaster. A roller-coaster, people!! This is something I couldn’t do over when I was finally done my pity-party. Not something I could come back to later when I was feeling better. I had to get in the groove and do it NOW. So I made a decision to just press on- and tuck that (expensive) little crown in my purse and FOR-GEDDA-BOUT-IT.

I realized right then and there- and this one thing’s for sure: there is no minimum requirement of teeth necessary for one to get on a roller-coaster and enjoy the day. And with every loss in life, there is always a gain.

So here’s to loss and the gains that follow…because there is always that predictable bit of sunshine to come after the downpour, light that shines brightly after every rain cloud disappears.

Advertisements
« All is Grace
Truth-telling time: I am hot mess »