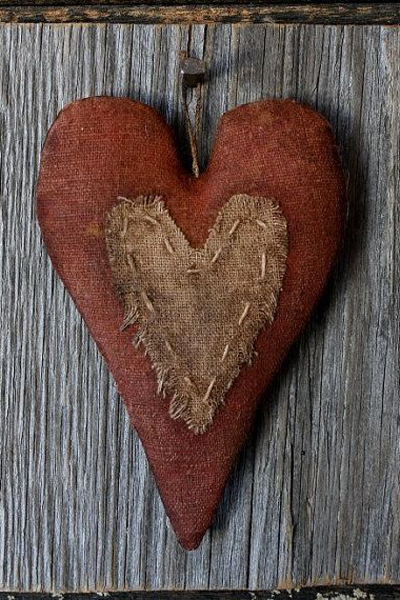 In light of Valentine’s Day on the 14th, let’s talk about love after nineteen years. Because, folks- this is what it looks like.

The alarm rings. Or maybe it doesn’t. All depends on whether or not he set it the night before, the alarm clock being located on his side of the bed. I am sandwiched in between Husband on one side and Youngest on the other, she having woken in the middle of the night from a bad dream. I have a kink in my neck, and an aching desire to crawl down deep under the covers and hide; but I instead scoot over the top of my little girl’s sleeping frame and find my way in the dark towards the dimly-lit stairway. I am ever the lone body awake at this hour. Soon the sounds of my feet padding down a wood staircase, the scrape of a kitchen chair, along with the relentless sound of water pelting the shower wall- all will beckon both him and the others to embrace the day.

Because this is what love looks like after nineteen years.

I am in the shower, steaming hot water running just fast enough to keep me from shivering on this -17 degree morning (Husband having purchased a water-saving shower head a few years back). I hear him in the kitchen pouring cold water into the stainless steel coffee pot, the ‘drip-drip’ of scalding water running over a premium dark roast. That coffee is for me- he having given up the stuff on which my life depends a mere two years ago. I will soon smell the fragrantly rich scent of grinds brewing, beckoning me to stop and place movement and voice on hold- even if for but a moment. To savour and breathe deeply of life’s goodness.

A text is sent at 10:17 a.m. Daughter has an away-game and has forgotten about it. She needs money for supper. Husband messages to say “I have prep next period, but no cash.” I am scrambling, having left my own classroom with working students to then, minutes later, take the phone call (I will not have yet read that above text): only to find out that Husband is on his way- and do I have a bill for him to snag and then be on his way? Within ten minutes, I meet him in the school corridor. A kindergartener has asked me to zip her coat, but I can see Husband making quick time as he takes long strides toward me. I leave him to complete the stubborn zippering on this little one while I run off down the hall to find my purse. I can hear a female teacher behind me saying something about his prowess at being a jack-of-all-trades. Because he is.

Even all of nineteen years later.

We make eye contact over supper while the kids banter and squabble and then settle into the regular pattern of being together- that pattern we’ve established over the fourteen plus years in which we’ve been parenting. His eye catches mine when something funny is said, or maybe it was something surprising. His eyebrows slightly raise while a slow smile forms at the corner of his mouth. I smile too. Because it seems we just know why these supper-hour conversations are so precious.

And I admit- I have gotten use to seeing him there, elbows resting on either side of his plate, hands drawn together in a clasp. He is always there- at the head of the table. Solid, dependable, unwavering in his commitment. I grab a bowl of corn and divvy it out to the two at my end and then manoeuvre the remains of the dish toward the other two at his end. He spoons the vegetable onto each plate, making sure the rest of the table gets fed, while I grab a bottle of bar-b-que sauce from the fridge. For those who just can’t do without.

Nineteen years is enough time to know the rhythm and flow.

And there are days when the cords of wood have been dropped off- two truckloads one after the other, days where we make steady time, moving in silence beside one another until the last log is stacked. Days when we pass each other in the kitchen as he heads one way and I go the other. Days where we wonder what we ever did before we had cell phones, texting and e-mail exchange. That’s how it is with us, nineteen years later.

But on most of those days, you’ll find us here, growing hearts. Building our home. Sharing the load in taking turns with homework, piano practicing, dishes and cooking. He, doing the vacuuming each night while I stay on top of the endless laundry. It’s not a glamorous life, but it is ours. And there is a lot to be said for that. It is a life we both know well enough to know that we’ve been given something good. In fact, it’s golden.

Because nineteen years of staying in when we felt like backing out, holding on when we sometimes wanted to let go, giving over when we maybe wanted to give up- can make a person appreciate the years that much more. It is just the way of living sometimes. It’s certainly our way. Because for nineteen years, we’ve had time enough to know that we’ve got something beautiful, something worth striving for, committing to.  Something worth cherishing.

I crawl into bed and reach for the light. And beside me already sleeping is the man that stayed by my side through nineteen years of everyday, honest living. Through it all. And while nineteen years might not be a milestone for anyone else, in our books it is long enough to understand what true love entails.

It’s also short enough to wonder what the next nineteen will bring.