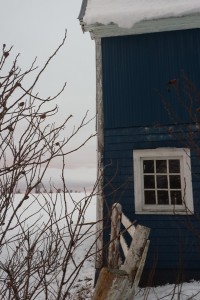 The other day, I left Alberton with four belligerent children and three others (people who were, incidentally, astonished by the commotion going on in our van). I departed the area absolutely stunned by the severity with which we battle it out over here in the Gard Household: it matters not where we find ourselves. Mill River, Florida, Dominican Republic- you name it. We fought there. Actually, we no sooner hover a toe over the threshold of the van and it is like a switch is turned on inside our brains that releases our inner warrior/dark side. Darth Vader has nothing on this family. We fight about seat positions. Fight about farting. Fight about burping. Fight about whether or not the sun sets in the west and rises in the east (maybe it does/maybe it doesn’t). Fight about music, about books, about universities that ten year olds wish to attend when they are 20.

We fight- and we do so incessantly. And because of this marvelous fun family fact, I can attest to our permanent membership in the infamous FightClub as members in good standing, with our family having the most experience tearing one another’s heads off/emotional collateral.

When I arrived home that particular day of which I write, I literally fell out if the van, a dazed expression on my face and asked my Husband, above the cacophony of noise, if he had missed us all that morning. His reply:

He was not joking. Not even a little bit.

As I was a Kid Vid Cinema leader at DVBS all week, I had the extreme pleasure of waking my children up at what appeared to be twelve hours before daylight (hard to tell as we had no sun at all this week), coaxing them out of their warm, cozy beds (where in sleeping, they could not make any sound of retaliation/noise) and then driving my children plus three to programming at eight (or whenever) every morning- programming which I must admit that I personally enjoyed almost more than the children as I was able to exercise/hone my dance skills each and every day (to the absolute horror/disgust of my two oldest).

The best part of this experience was that this four hour stretch was a glorious time of no fighting. For four hours, my four children were not clawing each other’s eyes out, were not tearing one another apart. And even better, for most of that time, they were someone elses’ responsibility (so even if they did happen to fight, I could feign ignorance and complete unawareness of what was happening). You cannot even imagine what this opportunity meant to a mother like me who has permanent damage in her ear drums from shrill, ear-splitting screams.

DVBS, while similar to real school, is a wonderful opportunity for mothers such as myself to release their precious offspring into the wild, I mean world, for a few brief and precious hours; handing off the responsibility of breaking up their fights, following them around like a hawk, rescuing them from imminent danger, feeding them snacks, protecting them from injury and in general, basking in their presence. They also get to learn, discover and grow spiritually while there. Bonus! And in doing such (that is, releasing them/freeing yourself), they come to find themselves in the extremely competent and capable hands of other adults who do this kind of stuff for free. For any mother, it is a no-brainer.

Next summer, if our numbers haven’t quadrupled by word-of-mouth advertising I will personally sign on for therapy due to stress incurred from shock and surprise.

The fighting unfortunately does resume once the troops have landed back on home soil. I am sorry to say. We have taken to playing a particular hymn called “They Will Know We Are Christians By Our Love” at meal time. Thankfully there are different versions of the song because for quite a while (until we found an electronic version), Brian just sang it himself. He also has been working on “You Picked A Fine Time To Leave Me Lucille” for those days when even the hymn won’t work.

He is learning extra lines of that one.

Interestingly, at bedtime- at the very last possible moment before the kiddos lay their heads on their pillows, there is a brief interlude of peace in which my mind goes blank and I forget any and all bad things that might have happened during the previous fourteen hours. This glorious experience is known as parental amnesia and it is vital to the proper functioning of any mother/father wishing to hang tight for twenty-five or so years of steady parenting and live to talk about it. (Relax: this extended time frame only applies if you have as many kids as me!) Parental amnesia has saved my sanity. It is the reason I poke my head into their rooms each night and say to myself:

“It really wasn’t all that bad of a day”…

…before waking up again the next morning to the precious sounds of kids yelling for their brother/sister to “get out of the bathroom- you’re taking too long!!!!”

Advertisements
« People, I need you to hear this…
15 Things I Know About Being a Parent »