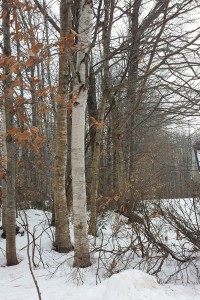 I received an interesting comment this week on my blog, with regards to my viral post on what students remember most about teachers:

“This is sweet talk about how important it is to relate to students’ lives. A certain amount of that is important or you can’t reach the students. It is also critical to actually teach in a way that assures students gain the best education possible based on their intelligence. Yes, everyone doesn’t have to be a doctor or an engineer, but some must or our society will suffer immensely. Teachers are not there to make friends of students, but learners. Whether they remember you, is irrelevant.”

To the commentator: I beg to differ, and to also call your bluff.

There are researchers around the globe who are putting forth scientific claims as to why care is vital inside classrooms. It’s not just sweet talk anymore—there is substantial theory and research underway existent to support both my sentiments as well as the premise behind care ethics.

Authors Macleod, MacAllister & Pirrie (2012) put forward in this research paper that the common approach to discipline that educators have traditionally held to, in that they have interpreted authority with relation to use of power and domination. Thus, the apparent meaning of authority in this view would be one which enables teachers to engage in forceful action (albeit, not necessarily physical) so as to coerce students into doing that behaviour which is desired; if students do not do what is expected, they run the risk of receiving consequences for their actions. This understanding in Macleod, MacAllister & Pirrie’s (2012) view has led to a neglect of how teachers can use personal authority to elicit a more authentic, positive response to encouraging desired behaviours, doing so in caring, compassionate ways.

Macleod, MacAllister & Pirrie’s (2012) quote Gewirtz (2000) as saying “that pupils continue to be seen as problems to be managed rather than as individuals capable of making decisions” (p. 497). Although Macleod, MacAllister & Pirrie (2012) state that there have been positive shifts over the past decades in terms of how schools interpret discipline, doing so in a more positive light than in some previous eras of schooling, there still is a view to discipline that students must remain compliant if they are to avoid the teacher’s use of control to exercise authority. With the agenda of school boards and government departments geared at performance and output, it is no wonder that teachers believe that classroom control of some sort is necessary (at least this is the view of many teachers) if they are to get anything done inside their classrooms, so as to meet district-mandated benchmarks.

Macleod, MacAllister & Pirrie’s (2012) quote Wrong (2002)’s research as being significant in contributing to the theory of authority.

Wrong (2002)’s view to authority is that it differs in terms of how dominating, persuasive, manipulative and forceful it is in manifestation, as well as it differs in terms of the motivation for the individual to submit to the authority (changes which depend on what form of power is being used). Wrong (2002) lists five forms of authority: coercive, legitimate, competent, personal and authority by inducement, and he maintains that each has application to the classroom setting. In particular, Macleod, MacAllister & Pirrie (2012) take note of what Wrong (2002) says about personal authority, a form of authority based on a student’s compliance to complete teacher-directed tasks/do what is expected, and all because they genuinely like the teacher. This is a form of authority which Macleod, MacAllister & Pirrie’s (2012) state “is something which school children are naturally predisposed to recognize and respond to” (p. 504). Thus, the personal qualities of teachers—their caring and compassion, their trustworthiness, their ability to form relationships with their students, their understanding, their patience and respectfulness…all work in tandem to form a teacher’s personal authority inside their classroom with students.

Macleod, MacAllister & Pirrie’s (2012) claim that it is “in personal authority that teachers can find most optimism for their profession” and this because this form of authority lies directly within their means of influence. Teachers CAN decide how they will be when they show up to class each morning.

Will those teachers be fair?
Will they be respectful?
Will they be patient, compassionate, understanding and trustworthy?
Will they find ways in which to care?

If the answer to any of these lies in the affirmative, then the teacher’s ability to establish a positive, healthy presence of authority in the classroom is a hopeful possibility.

Both for the teacher AND the students.

Advertisements
« Find love. Hold onto it.
To Tell My Story »